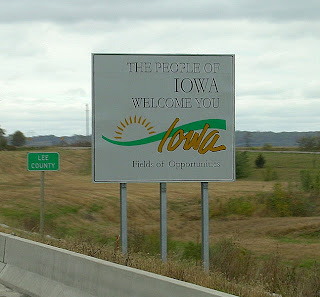 Iowa is home to seven of the top 1000 companies in the United States. Surrounded by two great American rivers, The Mississippi, and the Missouri, connected by multiple interstate highways, and U.S. Highways, as well as several big airports, it is no wonder that Iowa does business with the world. Here are some interesting facts about the state:

1. Iowa is the number one producer of pork.
2. Iowa is number one in egg production.
3. The state has over 400 certified organic farms.
4. 37% of Iowa’s exports go to Canada, 15% to Mexico, and 7.8% to Japan.
5. Iowa’s top exports are: machinery, transportation, and electrical equipment.
6. The manufacturing industry constitutes 22.2% of Iowa’s gross state product.
7. Trade, transportation and Warehousing employ the largest number of people in the state.
8. Almost 90% of the state territory is used for farming purposes.
9. There are over 300 vineyards in Iowa.
10. Iowa is the top producer of ethanol.

These are some of the largest companies headquartered in Iowa:

Principal Financial Group (PFG) offers retirement, savings, investment and insurance accounts worldwide. The stock has a PE of 14, a PEG of 0.70, and it pays a yield of 2.4%.

Rockwell Collins, Inc. (COL) produces, markets and provides support for communication and aviation products and technologies. The stock has a PE of 11, a PEG of 0.73, and it pays a yield of 2.0%.

Terra Industries, Inc. (TRA) produces and sells nitrogen and methanol products for several purposes, both in the United States and abroad. The stock has a PE of 5, and it pays a yield of 1.4%.

Terra Nitrogen Company, L.P. (TNH) is structured as a publicly traded limited partnership that develops and makes nitrogen fertilizers. The stock has a PE of 6, and it pays a yield of 14.1%.

Heartland Express, Inc. (HTLD) is a haul truckload carrier. It provides short or medium distance transportation of commodities in the United States. The stock has a PE of 21, a PEG of 2.09, and it pays a yield of 0.5%.

Meredith Corporation (MDP) is a book publisher. Other services it provides are: magazine publishing, television, and marketing services. The stock has a PE of 9, a PEG of 0.92, and it pays a yield of 3.1%.

FBL Financial Group, Inc. (FFG) is a financial company engaged in the business of selling life insurance and annuity products. The stock has a PE of 40, a PEG of 1.66, and it pays a yield of 1.9%.

United Fire & Casualty Company (UFCS) provides property and casualty insurance in the United States. The stock has a PE of 12, a PEG of 2.34, and it pays a yield of 2.2%.

Don't forget to check out stocks from some of the western states, such as Arizona stocks, Oregon stocks, and Nevada stocks.


Author does not own any of the above.