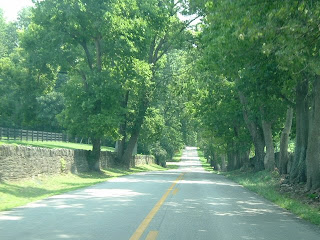 Once, a part of Virginia, Kentucky is today one of only four states that calls itself a Commonwealth. It is also known as the Bluegrass State. Kentucky is one of the top producers of automobiles in the United States. Some interesting facts about the Commonwealth of Kentucky are:
1. Kentucky offers a $1 tax credit per gallon of biodiesel produced to companies in the state.
2. New and expanding service companies in the state may be entitled to a tax credit of up to 100% of its income tax liability.
3. Kentucky is the 15th state with the lowest cost of doing business.
4. Kentucky’s nonfuel mineral production revenue is $600 million, which ranks it number 24 nationally.
5. The service industry employs 34% of the labor force, followed by the utilities, trade and transportation utility employing 20% of the labor force.
6. Canada is Kentucky’s top international export market. In 2004 exports to that country totaled $4.63 billion. Following Canada are France, the United Kingdom and Japan.
7. Kentucky is a top producer of coal, with an approximate 400 mines throughout the state.
8. Mining (except oil and gas) produced $2.28 billion in 2002.
9. Kentucky’s Gross State Product is about $130 billion.
10. 96% of Kentucky’s export s are manufactured goods, followed by agricultural products (2.2%).


The following companies are headquartered in Kentucky:

Humana Inc. (HUM) is a provider of health benefits. Its clients are companies and individuals in the United States. The stock has a market cap of $5.08 billion, a PE of 6, and a PEG of 0.50.

Ventas, Inc. (VTR) operates and manages healthcare properties in the United State, mainly senior care facilities. The stock has a market cap of $4.59 billion, a PE of 28, a PEG of 1.68, and it pays a yield of 5.3%.

Lexmark International, Inc. (LXK) makes and sells imaging and printing products worldwide. The stock has a market cap of $2.43 billion, a PE of 8, and a PEG of 1.16.

General Cable Corporation (BGC) sells fiber optic wires, aluminum, and copper wires worldwide. The stock has a market cap of $777.77 million, a PE of 3, and a PEG of 0.42.

Kindred Healthcare (KND) engages in the business of providing healthcare services in the United States. The stock has a market cap of $807.34 million, a PE of 19, and a PEG of 1.19.

Don't forget to check out stocks from some of the states, such as Missouri stocks, Minnesota stocks, Kansas stocks, and Iowa stocks.


Author does not own any of the above.