How to Invest in Spotify Before It Goes Public

Many, many years ago, I was able to buy stock in Apple (AAPL) before it went public. Around the time when Apple Computer [that was the original name] was considering going public, I noticed an article in Forbes Magazine which mentioned that many of the shares were owned by a publicly traded closed end fund called the Nautilus Fund.
So I immediately bought some shares of the Nautilus Fund, not being sure of whether the CEF would sells the shares of Apple when it went public or would spin the shares out to the shareholders.
As it turned out, Apple had its initial public offering and the fund gave its shareholders the shares in Apple.
Now there is another hot company that is planning on going public but not through an IPO.
Spotify (SPOT) is a Stokholm, Sweden based music, podcast, and video streaming service with 160 million users, 72 million of which are paying customers.
You may have already heard that the company is expected to begin trading on April 3 on the New York Stock Exchange. This will be a direct listing, which means that no underwriters will be involved.
The reasons that the company is doing this are several, and the company has laid them out in its filing with the SEC for Form FWP 1 Filed Pursuant to Rule 433 under the Securities Act of 1933.
Here is what Spotify said in that document:

Many people have speculated about why Spotify is pursuing a Direct Listing.
We think it is best that you hear directly from us why we think this is the right approach for the people at Spotify.
From where we sit, there are five key reasons.
First, to list without the Company having to sell shares.
Second, to offer liquidity for shareholders.
Third, to provide equal access to all buyers and sellers.
Fourth, to conduct the process with radical transparency.
And fifth, is to enable market-driven price discovery through the New York Stock Exchange.

So can an investor get in before the trading date?
Article continued at WStNN.com. To see the rest of the article, click HERE.

Posted by Stockerblog at 12:51 PM No comments:

I used to go to those “get rich quick” seminars every year or so as I wanted to see what the latest money making schemes were being foisted upon the American public, and they would give me some ideas for articles. I have a friend who was  big fan of these events and was able to drag me along every once in a while.
Usually these conferences would last for a few hours and have three different presenters, each one lasting about an hour long, and at least one real estate related. So for one of the ones I attended, the first was how to flip houses, the second was trading with stock options, and the third, make money with tax liens.
The tax liens that were referred to in this event are county government liens against real estate where the property tax is past due. When the property owner fails to pay the taxes that are due, a tax lien certificate is issued. Investors can buy the tax lien certificates through auctions and can earn outrageously high interest rates of potentially 16%, 18%, 24%, or possibly 36% on their tax liens. The property owners are required to pay the back taxes plus the interest or they can lose their property to the tax lien owner.
The states that offer tax liens are as follows:
Click HERE to see the continuation of the article on WSTNN.com

Posted by Stockerblog at 12:30 PM No comments:

Do you want to be a billionaire? If so, maybe you should invest in the companies that made the billionaires so rich.

Forbes Magazine has just come out with its latest billionaires list. Seven out of the top ten billionaires have founded and/or are the head of companies that are publicly traded, providing investors with a selection of stocks to invest in. 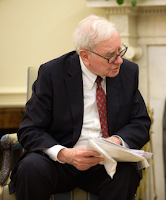 The following is a list of the billionaires and their stocks.

Posted by Stockerblog at 7:59 PM No comments: