The Stock that Rose 83% Today

The stock that went up 83% today was:

which produces and sells ethanol and related products.

Posted by Stockerblog at 2:57 PM No comments:

Email ThisBlogThis!Share to TwitterShare to FacebookShare to Pinterest
Labels: BIOF

How to Buy a San Franciso House for $150

Yes, you read that right. One hundred and fifty dollars. And it's not a fixer-upper either. And it's not located in a bad area. What's the catch?

OK, here's the catch. The house is being raffled off with each raffle ticket selling for $150 each. So all you need is to be the winning entrant.

However, even if you don't win first prize, there are plenty of other prizes, such as your choice between an Audi Q5, Mercedes-Benz C 250 Coupe, BMW X3, or $45,000 cash as second prize.

Proceeds from the raffle support the Yerba Buena Center for the Arts. More information about the raffle can be found at the San Francisco Dreamhouse Raffle website.
Posted by Stockerblog at 2:46 PM No comments:

The stock that doubled today was ChinaNet Onlne Holdings (CNET), which spiked by 106%.


Posted by Stockerblog at 3:29 PM No comments:

Email ThisBlogThis!Share to TwitterShare to FacebookShare to Pinterest
Labels: CNET

Are You an Accredited Investor? San Francisco Launch Festival for Startups

Monday, Tuesday, and Wednesday of this week, February 24, 25, and 26th, hundreds of startups are exhibiting at the Launch Festival in San Francisco at the San Francisco Design Center Concourse. The festival is where startups launch their business and raise money, and accredited investors look for potential venture capital investments.

There are numerous interesting and amazing startups that are exhibiting, including such companies as Virtuix Omni, which combines exercise with immersive gaming. 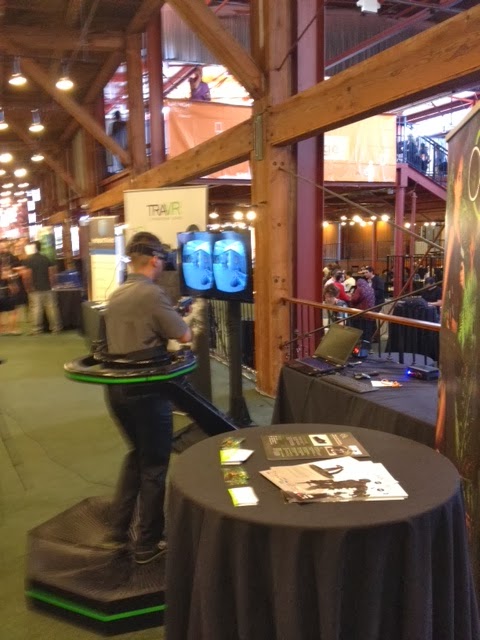 Then there is Pawly, which makes a dog toy that has a built-in microphone and speaker so you can talk to your pet wherever you are, take videos of your pet, and can even dispense treats. The company won the 2913 Global Startup Battle powered by Google. 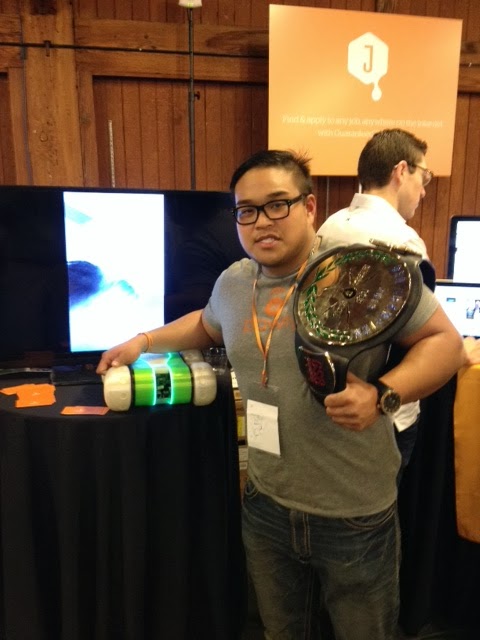 The last day of the festival is Wednesday, February 26. More information about the event can be found at launch.co

Email ThisBlogThis!Share to TwitterShare to FacebookShare to Pinterest
Labels: startups

This is the 8 Year Anniversary of Stockerblog.com !!!

How many other investment blogs have been in business for eight years? I can count them on two hands. One investment blog has published a list of about one hundred stock market related blogs with links, and 88 of them are out of business. When I say "out of business," I mean you reach a dead web page or the last blog published was over a year ago.

Anyway, thank you readers for you support!

Posted by Stockerblog at 9:59 PM 2 comments:

Email ThisBlogThis!Share to TwitterShare to FacebookShare to Pinterest
Labels: anniversary

How to Invest in Hockey 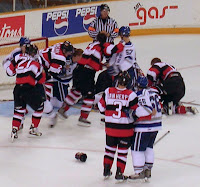 Viewers of the hockey events at the 2014 Winter Olympics at Sochi saw that Canada won gold medals for both men and women, and the United States garnered a silver medal for women's hockey. Since we are still in the middle of hockey season, investors are wondering if there is a way to play the hockey stock market. If you are looking to take a swing at hockey stocks, here are some worth watching.

The Philadelphia Flyers of the National Hockey League is owned by a company called Comcast-Spectacor, of which 63% is owned by Comcast (CMCSA). They also own the Wells Fargo Center where hockey is played. Comcast has a price earnings ratio of 20 and a yield of 1.8%.

Dick's Sporting Goods Inc. (DKS) sells hockey equipment along with numerous types of other sporting goods. Dick’s has a P/E of 20 and a yield of 1.0%.

Sport Chalet Inc. (SPCHB) also sells hockey equipment along with other types of sporting goods including snowboarding, mountaineering, and SCUBA equipment. The company recently generated negative earnings. This is a very low cap stock that should be considered very speculative.

If you like sports related stocks, you should check out basketball stocks, tennis stocks, racecar motorsports stocks, and horse racing stocks.

New stocks in the marijuana industry continue to crop up (no pun intended). Existing companies are expanding into the cannabis field. And now investors are looking a major corporations that could benefit from the pot field, companies that have major market caps in excess of a billion dollars and pay yields.

Sixteen new stocks have been added to the Marijuana Stock List maintained at WallStreetNewsNetwork.com.

The stocks include the following: