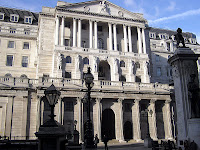 Investors have heard a lot this year about the financial trials and tribulations of European countries, Greece, Italy, Ireland, Portugal, and Spain. There are even some grumblings about France and Germany. But one country you don't hear much about, at least in terms of debt problems, is the United Kingdom.

The UK has a AAA rating from Standard & Poor's with a stable outlook, whereas S&P gave the United States a AA+ rating with a Negative outlook. Moody's and Fitch also gave the UK their top rating with a Stable outlook. Maybe it is time for investors to take a closer look at the stocks of the country that has the world's sixth-largest economy by nominal GDP.

Many British stocks pay decent dividends; according to WallStreetNewsNetwork.com, there are over 15 British stocks with yields of 2.5% or more. One example is Aviva plc (AV), which pays one of the highest yields for British stocks, at 7.4%. The stock trades at 18 times earnings. Aviva is a provider of insurance, savings, and investment products in the United Kingdom, Europe, North America, and the Asia Pacific.

Another example, Intercontinental Hotels Group plc (IHG), based in Denham, UK, operates numerous hotels including 64 in the London area. The stock trades at 12 times forward earnings and pays a yield of 1.9%.

In the oil and gas arena, there is BP plc (BP), which seemed to survive the oil spill fiasco and is trading at 6 times forward earnings and yielding 4.2%.

To see a list of all the top yielding British stocks, that can be downloaded, sorted, and updated, go to WallStreetNewsNetwork.com.