MC Hammer Shows Up for SOPA Protest in SF

Rapper MC Hammer showed up and spoke at a SOPA protest rally in front of City Hall in San Francisco yesterday during the noon hour. Hundreds of supporters of the protest were in attendance. If you aren't familiar with SOPA, it is the Stop Online Piracy Act proposed law to fight online trafficking in copyrighted intellectual property. Numerous large web sites protested yesterday by having a blackout for their sites. Protesters believe that the law is too heavy handed and that it impede the growth of Internet businesses and Internet start-ups. The company and organization protesters, most of which had blackouts, included Google (GOOG), Yahoo! (YHOO), YouTube, Facebook, Twitter, AOL, LinkedIn, eBay (EBAY), Mozilla, Roblox, Reddit, Wikipedia, Reporters Without Borders, the Electronic Frontier Foundation, the ACLU, and Human Rights Watch. 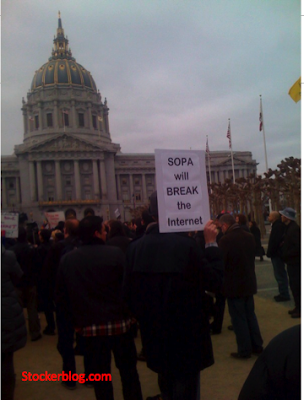 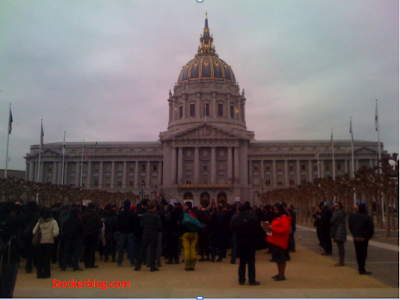 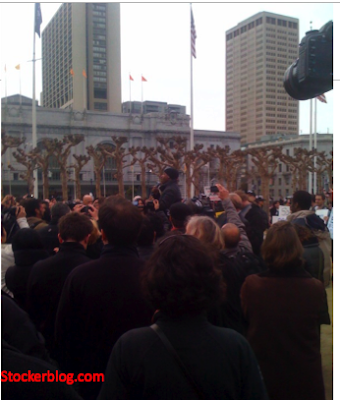 MC Hammer speaking to the crowd
Posted by Stockerblog at 10:18 PM