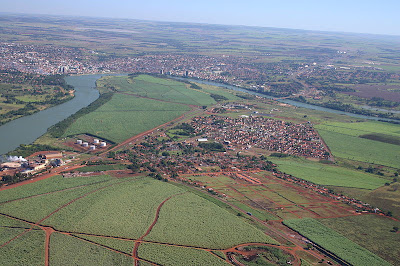 From an economic standpoint, Brazil is the seventh largest country in the world based on GDP. The country is the world leader in renewable source energy, especially ethanol which it generates from sugarcane.

Fortunately for investors, there are plenty of Brazilian stocks that trade on the New York Stock Exchange and NASDAQ. Based on the free list of Brazil stocks at WallStreetNewsNetwork.com, twenty-five Brazilian stocks are available to US investors and almost all of them pay dividends.

One example is Braskem S.A. (BAK), the largest chemical company in South America. It makes and markets petrochemical and thermoplastic products. The stock trades at 15 times forward earnings and sports a very generous yield of 7.0%. Revenues for the latest reported quarter were up over 15%.

In the area of beverages, Companhia de Bebidas das Americas (ABV), also known as Ambev, makes and sells beer, soft drinks, malt, and other non-alcoholic and non-carbonated products. The stock has a forward price to earnings ratio of 20, and a yield of 4.3%. Revenues were up 6.6% for the latest quarter, although earnings were down 7%.

Gerdau S.A. (GGB), founded in 1901, manufactures and markets steel products. The stock trades at eight times forward earnings and offers investors a 2.9% yield. Latest quarter revenues were up 9.5%, with earnings up 31.9%.

Telefonica Brasil, S.A. ADS (VIV) is a fixed-line telecommunications company with a forward PE of 10, a yield of 1.4%. Quarterly earnings were up 105% on a 108% rise in revenues.

To see other dividend paying Brazil stocks, you can access a free list of Brazil stocks at WallStreetNewsNetwork.com, which can be downloaded, updated, and sorted.