Tobacco Stocks: Smokin' or Going Up in Smoke? 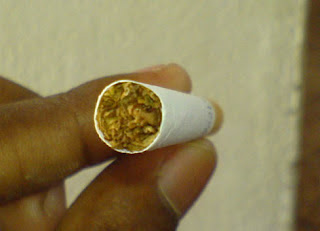 Some interesting trivia about cigarettes and tobacco:

1. The Maya and the Aztecs were first smokers of cigarettes in Central America during the ninth century, using reeds stuffed with tobacco.
2. During the mid-1800's in the Ottoman Empire, smokers rolled tobacco in newspaper.
3. The title character Carmen in the opera of the same name was a worker in a cigarette factory in the 1830s in Seville.
4. The average cigarette has over one hundred ingredients.
5. The minimum age to buy cigarettes is 19 in Alabama, Alaska, New Jersey, Utah, several counties in New York, and most of Canada.
6. More than 1/6 of the world's total population smoke.
7. John Rolfe was the the first person to successfully raise tobacco for commercial use at Jamestown in 1609.
8. Tobacco was used as currency in Virginia during the 1600's.
9. Tobacco water can be used as an organic insecticide.
10. Tobacco can be used as a treatment for bee stings.

Here are some tobacco stocks to review. Are they smokin' or are they going up in smoke?

Vector Group Ltd. (VGR), which trades on the New York Stock Exchange and is based in Miami Florida, brands include Liggett Select, Eve, Jade, Pyramid and Quest. The stock has a 7.2% yield, a price to earnings ratio of 17.67, and a price earnings to growth ratio of 1.92.

Altria Group Inc. (MO) is based in New York City, has various popular brands including Marlboro, Basic, Chesterfield, Lark, L&M, Parliament and Virginia Slims. Their P/E is 13.7, the PEG is 2.33, and the yield is 4.3%.

Star Scientific Inc. (STSI), which trades on NASDAQ, based in Chester, Virginia, makes and sells dissolvable tobacco products, Ariva® and Stonewall®. Earnings have been negative. This is a very low cap stock and should be considered very speculative.

Author does not currently own any of the above stocks.