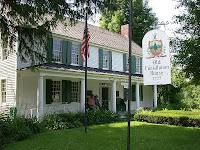 Vermont was the first state to join the original thirteen states of the Union in 1791. In the years that followed, Vermont produced grain and beef cattle. Today the state economy has grown to include the tourism industry, the manufacturing of electrical equipment, food products, and granite.

Some interesting facts about Vermont are:

1. Vermont offers a no-cost or low cost health insurance program to state residents regardless of how much they earn.
2. Vermont is the number one producer of Maple syrup in the country.
3. 90% of the milk produced in Vermont is exported to other states.
4. Vermont employees rank 24th best paid in the nation.
5. Higher education is the 4th largest economic activity in the state.
6. Vermont’s capital city, Montpelier is the smallest capital of any state with fewer than 10,000 residents.
7. Burlington is the largest city in the state with 40,000 residents and 150,000 in the greater Burlington area.
8. Agriculture contributes 12% to the state’s economy.
9. IBM is the state’s largest employer.
10. A 2000 census determined that about 15% of all housing units in the state were vacant and labeled for seasonal recreational or occasional use.

The following companies are headquartered in Vermont:

Central Vermont Public Service Corporation (CV) is an electric utility company in Vermont. The company buys and distributes energy throughout the state. The stock has a market cap of $240 million, a PE of 13, and it pays a yield of 4.5%.

Casella Waste Systems Inc. (CWST) is in the business of collecting, recycling and disposing of waste in the east coast. The company provides residential and commercial waste management services. The stock has a market cap of $129 million.

Union Bankshares Inc. (UNB) is the holding company of Union Bank, a bank engaged in providing retail and commercial banking services in Vermont and New Hampshire. The stock has a market cap of $79 million, a PE of 14, and it pays a yield of 5.7%. This is a low cap stock and should be considered speculative.

Rock of Ages Corp. (ROAC) produces and sells granite memorial products for use in cemeteries. The stock has a market cap of $15 million. This is a low cap stock and should be considered speculative.

For stocks from other states, check out Georgia stocks, South Carolina stocks, and Missouri stocks.

Sara said...
This comment has been removed by a blog administrator.
9:34 AM