How to Invest in the Beatles 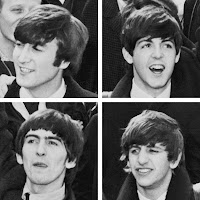 If you never saw the PBS program 'How the Beatles Rocked the Kremlin,' you have to watch it; it has been appearing fairly regularly on the network. It shows how the Beatles had a major influence on the fall of communism in the USSR during the early sixties, and how Beatlemania lead to entrepreneurship, free enterprise, capitalism, and free thinking. You can see the preview in the YouTube video below.

The Beatles are considered to be one of the most successful popular music bands in history, and the band's four members, John Lennon, Paul McCartney, George Harrison, and Ringo Starr can be recited by music fans of all ages. So is there a way for an investor to jump on this bandstand?

Apple (AAPL) television commercials have been appearing since November 16, announcing that Beatles music is now available through the company's iTunes Store, playable on iPods, iPhones, and numerous other devices. So Apple, the very successful debt free company, would be the primary way of playing the Beatles market. The stock trades at 14 times forward earnings and reported a 70% boost in quarterly earnings on a 67% rise in revenues. The company has an incredible $25.62 billion in cash, which works out to almost $28 in cash per share.

Analysts seem to favor the stock. Ticonderoga and Jeffries recently initiated coverage on the company, giving it a Buy rating, and Robert W. Baird, which also just initiated covered last month, gave it an Outperform rating. 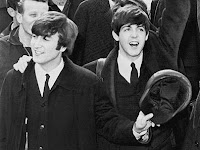 Investors could also look at some of the Apple product component manufacturers, such as Samsung Electronics (SSNLF.PK), which makes flash memory chips and applications processors, Toshiba Corp. (TOSBF.PK) which makes iPod hard drives, and Liquidmetal Technologies Inc. (LQMT.OB), a developer of amorphous metals which have been used in some iPhones and which owned numerous patents that Apple purchased the exclusive licenses to.

In regards to the Beatles music catalog, which featured nearly every song written by John Lennon and Paul McCartney until the Beatles broke up in 1970, a series of owners have been involved including Michael Jackson. Jackson purchased the catalog for $47.5 million back in 1985. Ten years later, Sony (SNE) offered Jackson $90 million for half ownership of ATV Music Publishing, the holding company for the songs. The catalog is now owned by Sony/ATV Music Publishing, which is 50% owned by the Michael Jackson Family Trust and 50% owned by Sony. Sony has the right to buy out the Jackson portion at any time for $250 million.

Sony/ATV receives as much as $45 million per year from Beatles songs. Sony's share, at $22.5 million, represents about 2.4% of Sony's income.

Sony has a forward PE ratio of 20. Latest quarterly revenues were of 4.3% and earnings were 94 cents per share versus a loss during the same period last year. The company has about $16 in cash per share.

Paul McCartney and Ringo Starr, the two surviving members of the band, recorded a song together 'Walk with You' which is the lead single from Starr's most recent album 'Y Not,' distributed by Universal Music Group, a division of Vivendi (VIVDY.PK), the digital media company based in France. Vivendi also owns Mercury records, the United Kingdom distributor of McCartney's album 'Good Evening New York City.' The stock has a PE of 36, and reported an 8.5% increase in sales but a 38% drop in earnings.

Interestingly, the US distributor of 'Good Evening New York City' and McCartney's 21st studio album 'Memory Almost Full,' is distributed by Hear Music, owned by Starbucks (SBUX), the largest coffeehouse chain in the world. The stock trades at 26 times earnings and sports a yield of 1.6%. Earnings for the latest quarter were up 86% on a 17% rise in revenues.

Of course, the ticket sellers are benefiting from McCartney concerts. As a matter of fact, fans crashed the Ticketmaster servers due to huge demand for McCartney's Mexico City concert in May of this year. Ticketmaster is owned by the worldwide concert promoter Live Nation Entertainment, Inc. (LYV). Live Nation has a forward PE of 285.5 and reported a 2.3% increase in quarterly sales but a 26% drop in earnings for the quarter.

For a list of all the stocks in the Beatles portfolio, which can be downloaded, sorted, and updated, go to WallStreetNewsNetwork.com.