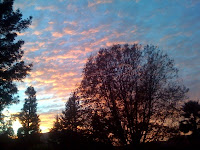 Yesterday, Rackspace Hosting (RAX) just announced the purchase of Cloudkick, a private company involved in the creation of web applications for efficient cloud-server management. This will certainly expand the presence of Rackspace in the cloud industry. Last month, Isilon (ISLN) shares jumped over 28% in one day, after EMC (EMC) announced it would take over the company. Expect to see a lot more of these cloud takeovers, including the publicly traded companies.

One way to define cloud computing is having your programs and data stored remotely on a server far away, instead of on individual computers. As long as you have an Internet connection, you can have a fairly dumb computer ans still utilize cloud computing. The clouds are simply the servers of companies that provide this service, and those servers can be located anywhere in the world. If you have Yahoo (YHOO) mail, Google (GOOG) gmail, or hotmail, then you are using cloud computing in a small way. You don't have the email servers in your office or home, you use the Yahoo or Google servers. Many colleges and universities are turning over their student email services to Google, which saves them money on servers and saves on staffing for support.

Cloud computing as a growing industry now appears almost every day in the financial press. And the interest from investors has been significant. Take for example Salesforce.com (CRM), which is up over 600% since it started trading in 2004.

Salesforce.com is a provider of customer-relationship management services that has promoted 'the end of software'. Salesforce has customers of all sizes, including Corporate Express division of Staples (SPLS), Daiwa Securities (DSECY.PK), Expedia (EXPE), Dow Jones Newswires subsidiary of News Corp. (NWS-A), SunTrust Banks (STI), and Kaiser Permanente. Salesforce trades at a lofty 89 times forward earnings, debt in the amount of $495 million, with over $769 million in cash. The company just reported a quarterly sales increase of 29.8% year over year, with a 1.8% increase in earnings.

VMware (VMW) is another major cloud and virtualization player. Its product VMware vSphere is a cloud computing data center platform. It sports a forward PE ratio of 49.6. The company has $450 million in debt with $2.9 billion in cash. The company reported that latest earnings increased an incredible 121.4% in earnings on a 45.8% increase in revenues.

Citrix Systems, Inc. (CTXS) provides on demand applications and online services, including GoToMeeting, GoToWebinar, GoToTraining, GoToAssist, and GoToMyPC. This debt free company has $902 million in cash and carries a forward PE of 30. The latest quarterly earnings were up 64.3% on a revenue increase of 17.8%.

To access a free Excel spreadsheet database of numerous companies involved in cloud computing in some way, that can be downloaded, sorted, and updated, go to wsnn.com. You can also get info on the green aspects of cloud computing from my book The Green Light on Green Stocks: A Quick Guide to Green Investing and Making Money in Alternative Energy Stocks

, in which I described cloud computing as a green industry and a way of providing money saving services to many corporations.