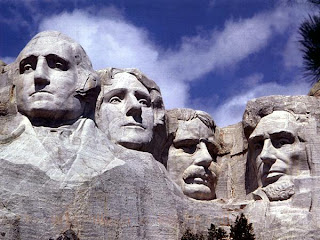 What is today the state of South Dakota was actually acquired by the United States as part of the Louisiana Purchase in 1803 for $15 million. Jefferson’s investment has definitely paid huge dividends. Some interesting facts about South Dakota follow:

1. There is no corporate income tax.
2. There is no personal income tax.
3. South Dakota has a population of about 800,000.
4. The state gross product in 2007 was $34,000 million.
5. Forbes Magazine ranked Sioux Falls as the Best Small Place to do business in 2008.
6. The South Dakota housing market is among the most affordable in the country.
7. Mt. Rushmore National Memorial is one of the most popular tourist destinations in the state.
8. 10% of Dakota’s gross product is produced by the manufacturing industry.
9. Tourism generates over $1 billion in revenues each year.
10. Black Hills, South Dakota is the leading gold mining center in the United States.

The following companies are headquartered in South Dakota. They all have a market cap of over $500 million.

Black Hills Corp. (BKH) controls an energy company that delivers energy to customers in South Dakota, Wyoming, and Montana. The stock has a PE of 16, a PEG of 2.04. It pays a yield of 4.1%.

Verasun Energy Corp. (VSE) produces and sells ethanol and byproducts of ethanol. The stock has a PE of 10, and a PEG of 1.52.

Daktronics Inc. (DAKT) produces and sells electronic scoreboards, and electronic displays. The stock has a PE of 16, a PEG of 2.1, and it pays a yield of 0.5%.

Raven Industries (RAVN) is in the business of making and selling industrial, agricultural, military and aerospace equipment. The stock has a PE of 25, a PEG of 1.67, and it pays a yield of 1.2%.

Check out stocks from some other states: Nevadastocks, Idaho stocks, and Colorado stocks.