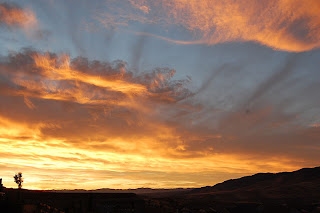 Nevada is more than Las Vegas. Its banking and finance industries are very strong, as is also the construction industry, but there is yet a lot more. Check out the following interesting facts:

1. Nevada is a state without usury limits, which has attracted many credit card companies to establish in the state.
2. Nevada, after California, produces the most geothermal energy in the nation.
3. Nevada produces about 10% of the world’s gold supply.
4. Nevada has no corporate income tax.
5. No franchise tax
6. The state has no personal income tax.
7. There is no state tax.
8. Nevada permits one-individual corporations.
9. There are more than 300,000 companies incorporated in the state of Nevada.
10. The state does not require that the directors of a company be stockholders.

The following companies have market caps of over $1 billion and are headquartered in Nevada.

Las Vegas Sands Corp. (LVS) builds resorts worldwide, it is also the owner of the Venetian resort in Las Vegas. The stock has a PEG of 3.43.

Wynn Resorts Ltd. (WYNN) builds and operates casinos and resorts, such as the Wynn which it owns and operates. The stock has a PE of 29.7, and a PEG of 1.59.

MGM Mirage (MGM) posses and administers resorts throughout the country. The stock has a PE of 8.14, and a PEG of 2.05.

International Game Technology (IGT) produces and sells gaming equipment in the domestic and international markets. The stock has a PE of 18.45, a PEG of 1.6, and it pays a yield of 2.40%.

Ormat Technologies (ORA) its main business is the generation of geothermal energy, both nationally and internationally. The stock has a PE of 43.18, a PEG of 1.99, and it pays a yield of 0.40%.

Bally Technologies (BYI) produces and delivers gaming systems and other equipment related to the gaming industry around the globe. The stock has a PE of 21.33, a PEG of 0.65.

Employers Holdings, Inc. (EIG) is an insurance company specialized in commercial properties and casualty insurance. The stock has a PE of 7.15, a PEG of 0.98, and it pays a yield of 1.40%.