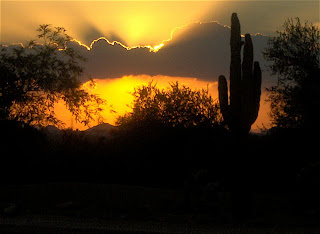 Did you know that Arizona has helium? As a matter of fact Arizona is home to some of the richest helium containing gas in the world. A recent increase in the value of helium caused great interest in the quest for this gas.

But there is much more in Arizona than Helium; currently Arizona produces 200 barrels of oil and 1 million cubic feet of gas everyday from wells around the state. Additionally Arizona produces the most non-fuel minerals in the country.

Other interesting facts about Arizona are:

1. Arizona produced more than 60% of copper mined in the U.S in 2007.
2. Arizona’s copper industry generated a combined revenue for the state of $4.719 Billion in 2006.
3. The mining industry employs 22,000 people.
4. Arizona’s 2007 total gross state product was $247,028 million.
5. Arizona has passed legislation requiring that 15% of its energy come from renewable sources by the year 2025.
6. Sun shines in the state 85% of the time, which makes it very appealing to solar energy.
7. One of Arizona’s major crops is lettuce, it produces over 1 million metric tons per year.
8. Arizona does not observe Daylight Savings Time
9. The Grand Canyon is one of Arizona’s major touristic attractions.
10. Arizona’s estimated population is 6 million.

The following 10 stock companies are headquartered in Arizona with market caps of over $1 billion.

Freeport McMoRan Copper & Gold (FCX) explores, and mines properties in North America, South America, Indonesia, and Africa. The stock has a PE of 10.69, PEG of 0.83, and pays a yield of 2%.

Apollo Group Inc. (APOL) and its subsidiaries are in the business of providing educational programs at levels from high school to university. The stock has a PE OF 31.08, and a PEG of 1.57.

Microchip Technology Inc (MCHP) makes and sells semiconductor products for multiple applications. The stock has a PE of 23.3 and a PEG of 1.53. It pays a yield of 4.10%.

Allied Waste Ind. (AW) is a waste management company , providing the following services from collection to recycling and disposal of nonhazardous waste. The stock has a PE of 17.99, and a PEG of 1.21.

Avnet Inc (AVT) is in the business of distribution of computer software and different electronic components. The stock has a PE of 9.45, and a PEG of 0.61.

ON semiconductor Corp. (ONNN) makes and sells power and data management around the world. The stock has a PE of 17.95 and a PEG of 0.96.

Pinnacle West Capital Corp. (PNW) is in the business of producing, transporting and delivering electricity in the United States. The stock has a PE of 10.34, a PEG of 3.39 and pays a yield of 6.10%.