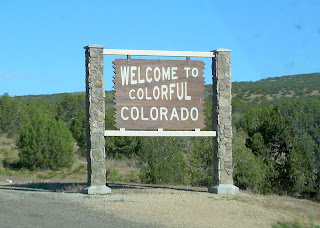 Colorado is a state of thriving companies. The state’s industries are many and varied; from aerospace & satellite, to agriculture, bioscience, mining and natural resources, financial services, manufacturing and telecommunication. Some great key facts to know about Colorado are:
1. Over 100 companies are in the aerospace industry in Colorado.
2. The aerospace and satellite industry provide the state with around 130,000 jobs.
3. The agricultural industry generates over 105,000 jobs in the state.
4. Colorado’s top ranch and commodity products are cattle and diary products.
5. There are 380 bioscience companies in the state, employing over 16,000 people.
6. Colorado’s nanotechnology industry is number 6 in the country with 75 companies in 20 cities around the state.
7. Colorado ranks number 11 in the country for oil production.
8. Legislation passed requires that Colorado produce 10% of its energy from renewable sources by the year 2015.
9. The state is number 11 in the production of wind power.
10. 35.5% of the population has a bachelor’s degree, making it the second most educated state.

The following are 10 companies headquartered in the State of Colorado with market caps over $1 billion.

Dish Network Corporation (DISH) delivers satellite television to customers throughout the United States. The stock has a PE of 14.12, a PEG of 1.43.

Liberty Entertainment Corp. (LMDIA) has as Its main subsidiary DiecTV. The company is engaged in the delivery of satellite television. The stock has a PE of 2.41 and a PEG of 0.38.

Liberty Global Inc. (LBTYA) the company engages in high speed internet, voice and video services. The stock has a PE of 250.27 and a PEG of 10.44.

Liberty Media Interactive (LINTA) makes and markets different consumer products. The stock has a PE of 16, and a PEG of 1.31.

Quest Communication International Inc. (Q) operating three different segments provides voice, data and Internet services in America. The stock has a PE of 2.62, a PEG of 2.94, and it pays a yield of 8.40%.

Discovery Holding (DISCA) supplies network services to industries around the world. The stock has a PEG of 3.06.